Craig Adams - An Uplifting Story from Down Under 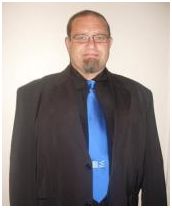 Meet Craig Adams
Craig Adams is a 40 year old, happily married father of three from Sydney Australia. For the past seven years, he has suffered from chronic pain.

Craig's story begins many years ago when he left school at a young age to work with his father’s business Des Adams & Sons Transport. He started by working the forklift in the yard and by the time he was eighteen, he was driving semi's across the country. The company grew and Craig eventually had a truck of his own that he nicknamed "Dreamweaver" as a tribute to the music he loved. He married and had three children. By all accounts, life was good. But that was all about to change.

In 2003, Craig suffered an ankle injury at work that required surgery the following year. As a result of the surgery, he developed Reflex Sympathetic Dystrophy (RSD) that  led to Chronic Regional Pain Syndrome (CRPS). The RSD spread from his right ankle up his leg into his spine. Eventually, it spread to the left leg and ankle, to the arms, hands, face and neck. It even affected his inner body functions. Craig experienced burning; stinging, swelling, skin discoloration, and weeping sores on the infected limb - all typical symptoms of RSD.  In effect, his whole body was powerless. The once vital man needed crutches to walk and at times relied on a wheelchair to get around. His family stood by him as his suffering increased and he steadily lost the use of his right ankle.

To make matters worse, he developed kidney and heart problems and had minimal bowel control. The pain was almost too much to bear. The lyrics to the song Dream Weaver that inspired the naming of Craig's truck seemed almost prophetic:

Fly me high through the starry skies
Maybe to an astral plane
Cross the highways of fantasy
Help me to forget today's pain
(by Gary Wright)
Part 2 of Craig's story will continue with his battle with chronic pain and how he learned about bio/neurofeedback.

The BFE Chronic Pain team was honored to work with Dr. Richard Sherman on the development of the Chronic Pain suite. His extensive knowledge in the use of biofeedback for treating chronic pain as well as phantom pain made him the ideal partner to help design the specific training screens for software.

Dr. Sherman received his doctorate in biology/psychology from New York University in 1973 and is currently Master Instructor at Chapman University as well as Dean of Clinical Psychophysiology at the University of Natural Medicine and Director of the Behavioral Medicine Research and Training Foundation. He is certified by BCIA, approved by BCIA to teach the general biofeedback certification course, and currently teaches A&P, Pain Assessment and Intervention, Research, and Pelvic Floor Disorders for the Behavioral Medicine R&T Foundation. He is a professional psychophysiologist with extensive training and has nearly 30 years of experience in the field. He has had numerous grants to study various aspects of pain mechanisms and interventions and has well over a hundred publications.

To learn more about Dr. Richard Sherman and his work, visit the Behavioral Medicine Research and Training Foundation website.
Posted by BFE Chronic Pain at 11:02 AM 0 comments

A bit about us...
This blog has been created and is maintained by the Chronic Pain Team sponsored by the Biofeedback Foundation of Europe in order to share knowledge about the use of biofeedback as a safe and effective treatment for pain. To help guide clinicians in how to use EMG (electromyography) biofeedback to treat chronic pain, we've created a software suite that provides clear instruction in SEMG biofeedback and pain management. The suite, based on the methods of Dr. Richard Sherman, is available in the BFE online shop. (The suite is compatible with the Infiniti software platform by Thought Technology.)

We also aim to share our  knowledge with health professionals outside the field of biofeedback who are treating pain patients. Below are a few excerpts from a recent story in the Montreal Gazette. The comments were from Laszlo Bagu, a retired physician and pain sufferer.

"At the centre is the patient. When suffering persists without any apparent hope for relief, it leads to despair. Those who live in despair are isolated from the rest of humanity."

"Therapists who accept the responsibility to help have their authority challenged and their competence questioned, if not mocked, by chronic pain. What was the point of all that training, hard work and sacrifice if, at the end of it all, they are still helpless and frustrated when confronted by the chronic-pain sufferer who keeps coming back begging for relief?"

"The first step in the right direction is to stop bowing down slavishly to officially sanctioned medical authority as the ultimate source of all answers. I’m a member of this fraternity, so trust me when I tell you that we don’t have all the answers. If only we did."

The full article can be found at: http://www.montrealgazette.com/health/chronic+pain+doctors+have+answers/5582494/story.html#ixzz1f1GXCWJ6
Although Dr. Bagu does not mention biofeedback, he conveys the challenges faced by physicians and the need to be open minded about treatments that may provide relief to patients. Which brings us to our last goal, and that is to reach out to those suffering from chronic pain and introduce them to the potential of biofeedback as part of their treatment plan.

The following paragraph from an article on the website of the London Pain Clinic nicely sums up the benefits of diaphragmatic breathing for pain:

"Diaphragmatic breathing has an extremely therapeutic effect on chronic pain. It has a major influence on relaxing the muscles which tense up as a result of pain and in turn further aggravate the pain itself. Experts insist that individuals with tensed muscles and in an anxious state of mind are generally known to breathe through their chest. This type of breathing will lead to a disruption of the balance of oxygen and carbon dioxide, which are essential to be in a relaxed state. It is this state of health that the correct technique of diaphragmatic breathing facilitates."

To help teach proper breathing techniques, the Biofeedback Foundation of Europe offers a breath pacer called EZ-Air Plus. It is a PC compatible software program that places a bargraph or linegraph on your computer that instructs the user to breathe at an optimal pace. For a free 30-day trial, visit their website at http://www.bfe.org/.
Posted by BFE Chronic Pain at 11:50 AM 6 comments

This blog is created and maintained by members of the BFE Chronic Pain Team. In this space we'll discuss the use of biofeedback in the treatment of Chronic Pain. We will not only provide information on the clinical use of biofeedback, but will offer first hand accounts from people who have reduced their pain using biofeedback.

ONLINE EDUCATION
The BFE Chronic Pain Team offers clinicians a variety of online educational opportunities from webinars and classes to grand rounds sessions. We will be sure to post details of any upcoming events that may be of interest to those treating patients with chronic pain.

We invite you to follow our blog, share your comments and become part of our unique community.